Most awaited action movies of 2021

2021 is shaping up to be a great year for new movies, sequels to be precise. With Hollywood going MIA for the better part of 2020 due to the wuhan virus it appears that their comeback is going to be huge. How huge? Let's just say we wouldn't be betting our birthday money on any box office records being broken neither do we swear by any of the said "release" dates. We will admit to being super stoked to watch all of the below movies on the big screen and preferably not on Netflix or any other streaming apps.


Matrix 4
The fourth installment in The Matrix franchise is confirmed to have its theatrical release on December 22, 2021. The movie will feature the usual suspects, Keanu Reeves as Neo, Carrie-Anne Moss as Trinity, Jada Pinkett Smith as Niobe and Daniel Bernhardt as Agent Johnson, missing from the latest offering is Laurence Fishbone as Morpheus and Hugo Smith as Agent Smith. While Reeves has teased that the movie has a "beautiful script that is a love story", adding: "It's another version of a kind of, call to wake up. It entertains... It has some great action. All will be revealed."

If we're honest with you, we have no idea what The Matrix 4 will be about as the original trilogy wrapped up the main plot. The director, Wachowski won't reveal anything and neither will any of the cast, so you'll have to make do for now with theories like maybe the movie will see Trinity as The One or that they're all clones. 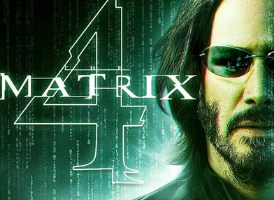 Mckenna Grace, Finn Wolfhard, and Carrie Coon are cast as the sister and brother with their single mother, respectively. Wolfhard was unsure if he would get the role as he had already dressed up as a Ghostbuster during the second season of Stranger Things and that "Jason Reitman is probably not even going to look at my tape" because of that. In addition, Bill Murray, Dan Aykroyd, Ernie Hudson, Sigourney Weaver, and Annie Potts have been confirmed to be reprising their roles from the first two Ghostbusters films. 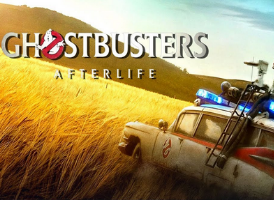 The suicide squad
The Suicide Squad is one of the most-anticipated movies of 2021 after a great reaction to the first look revealed by James Gunn at DC FanDome. With a largely new cast, the movie will be more like a reboot than a direct sequel to David Ayer's critically-bashed (but commercially successful) Suicide Squad. Even Gunn doesn't know if it follows on directly. One theory for the large cast list is that there will be multiple Squads seen in the sequel and Gunn will kill off most of the new additions to the Suicide Squad within the first act, much like Deadpool 2 did with X-Force.

The Suicide Squad is scheduled to be released theatrically in the United States on August 6, 2021. It will be available for streaming on HBO Max on the same date. 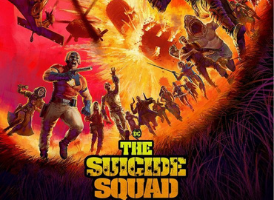 No time to die
The twenty-fifth instalment in the James Bond film series stars Daniel Craig in his fifth outing as the fictional British MI6 agent James Bond; Craig said it will be his final Bond role. No Time to Die will be the first Bond film distributed by Universal Pictures, which acquired the international distribution rights following the expiration of Sony Pictures' contract after the release of Spectre in 2015. With an estimated budget of $250 million, it is one of the most expensive films ever made.

All we know of the premise is that five years after the capture of Ernst Stavro Blofeld, James Bond has left active service. He is approached by Felix Leiter, his friend and a CIA officer, who enlists his help in the search for Valdo Obruchev, a missing scientist. When it becomes apparent that Obruchev has been abducted, Bond must confront a villain (Rami Malek) whose schemes could see the deaths of millions.

Aston Martin confirmed that the DB5, DBS Superleggera, and Valhalla models would feature in the film and Billie Eilish was announced as the performer of the film's theme song. 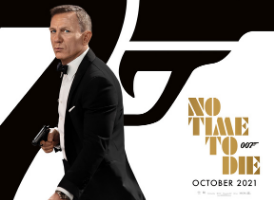 Top Gun: Maverick
The upcoming American action drama film is the sequel to 1986's Top Gun. The film stars Tom Cruise, Jennifer Connelly and Val Kilmer. Cruise and Kilmer reprise their roles from the first film.The official plot synopsis for the sequel is as follows: "After more than 30 years of service as one of the Navy's top aviators, Pete 'Maverick' Mitchell is where he belongs, pushing the envelope as a courageous test pilot and dodging the advancement in rank that would ground him. He must soon confront the past while training a new squad of graduates for a dangerous mission that demands the ultimate sacrifice."

Top Gun: Maverick is scheduled to be theatrically released in the United States and Canada on July 2, 2021, by Paramount Pictures. It was originally scheduled for release on July 12, 2019 but was postponed to "allow the production to work out all the complex flight sequences". The release was then delayed further due to the COVID-19 pandemic and scheduling conflicts. 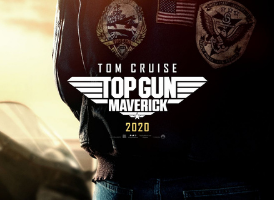